Here are pictures of the grocery store we owned. 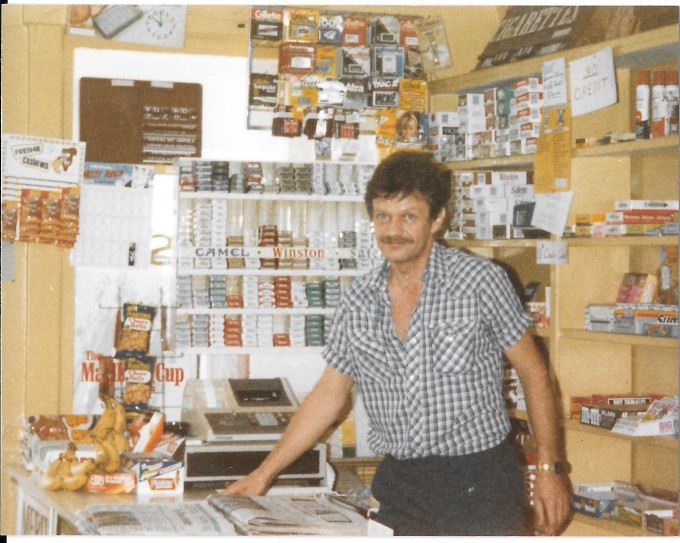 WE HAD THE STORE OVER A YEAR. WE SOLD DELI MEATS, GROCERIES, POP, CIGS, AMMO, AND BAIT. I tried to get a beer carry out but the church women kept voting it down. After they passed on the gas station got a permit. It reminds me of the old farts in Congress and the Senate. When they pass on things will change,

We had an upstairs apartment where we lived. We also had a house trailer next to the store and that is where Tom slept. We had a big wood burner in our storage room which heated the store. They also put in new wiring and still had the old hooked up, which I knew nothing about. We were open 7 days a week. We also were open 12 hours a day.

We had the store over a year and one weekend I was left alone while they went up north. I woke up smelling smoke and opened the door to the downstairs and it was on fire. I went out on a balcony and climbed down the post. Before leaving I called the fire department and they saved the upstairs, but the store was totaled. I slept in the rest of the night in the trailer. In the morning I got ahold of Bett and they came home. The fire started in a fuse box that I didn’t know existed.

The fire department burned what was left in a pile. Our car and the was are barn.  We moved to our trailer up at Toms. We stayed there for about a year. We took a trip to Cancun which I will post at a later date. I got a job in Florida on a railroad and we moved to a town called Mount Dora. Very quaint and great town to live in. I quit the railroad and became a stockbroker. That lasted three months as in October of 1987 the market crashed. I got my job back on the railroad, then things went south and I moved back up north and started work driving an oil truck till I got another railroad job so as to get a retirement.

One thought on “Traveler”