This my last long trip by car. My brother and a friend and his girlfriend took two cars to be delivered to Los Angles. We are going to a wedding of friends. The cars cost us $75 each and would get our money back when delivered to the owners. They gave us a route and mileage to not exceed. Tom and I took one car and our friends took the other.

We left early and drove to Flagstaff AZ. It was around midnight and a fresh snow with a full moon. The scenery was picture perfect. We had a choice. The route was from Flagstaff to LA. But looking at the map and mileage we could go to Phoenix, then to lA with the same milage and time.

Decided to drive to Phoenix and spend a few days with friends as we had plenty of time to get to LA. Here are some pictures of us walking up Squaw Peak.

Friends of ours. The couple on the left were the couple who went with us. 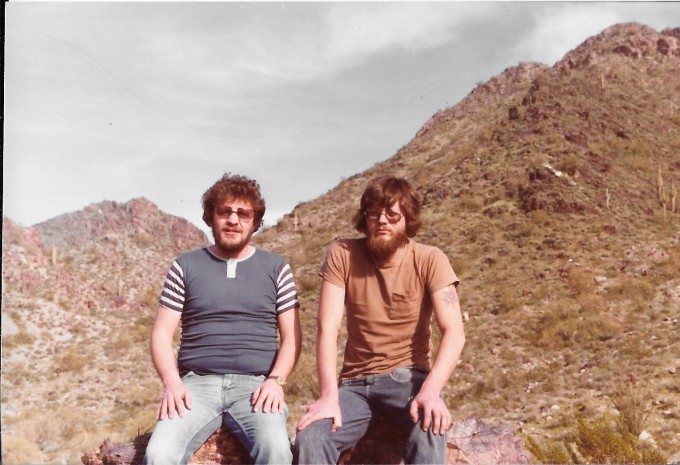 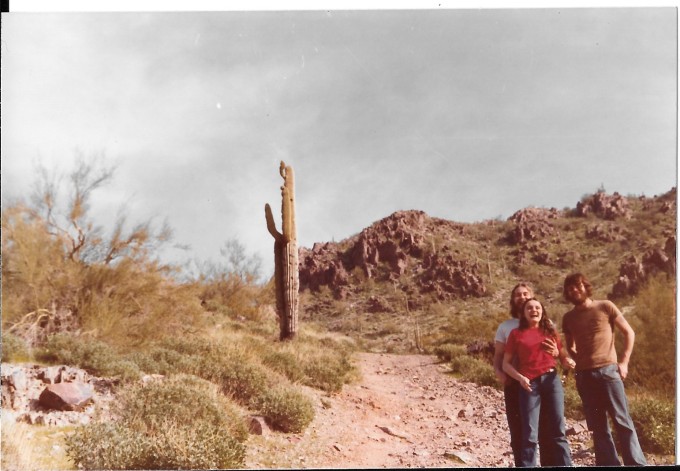 Left in the morning heading to places I have never been. The other couples car had to be dropped off in Redlands Calif. which was still a good drive to LA. We made the drop and the people were happy with the delivery. We then got in are car which was crambed account of the people who owned the cars had them packed to the gills. We made it to LA around noon and the traffic was the worst I have ever seen. The fumes were killing us. We got off the freeway in Beverly Hills and drove to Burbank where they lived.

Still more to come as we visited sites around LA and then headed to Vegas. That is where they will be married.